Objective: Ventricular arrhythmia episodes are not infrequent in patients with atrial septal defect (ASD). Disturbance in cardiac volume and pressures may lead to enlargement and fibrosis in heart. An interatrial volume displacement through septal defect, briefly interatrial shunt, is the major reason for this complication. Prolongation of the interval between the peak and end of the T wave (Tpeak to Tend, Tp-e) on the 12-lead electrocardiogram (ECG), is utilized as a marker of ventricular arrhythmogenesis during last years. The aim of this study was to assess if there is an impact of shunt ratio on ventricular repolarization in patients with ASD by using Tp-e interval, Tp-e/QT ratio, and Tp-e/QTc ratio.

Methods: Patient records of Samsun Training and Research Hospital were retrospectively analyzed. Electrocardiograms of 133 patients, who were diagnosed as ASD between January 2016 and December 2019 were obtained and scanned. ECG intervals were measured. Shunt ratios, right ventricle diameters and volumes were also acquired. Patients were grouped into two by their calculated shunt ratio, ratio of ≥2.0 is accepted as a high shunt group and <2.0 as a low shunt group.

Conclusion: T wave peak-to-end interval is a measure of transmural dispersion of repolarization and accepted as a surrogate for increased ventricular arrhythmogenesis risk. Our findings show that ASD patients whose shunt ratio are ≥2.0 show increased risk for arrhythmias.

Atrial septal defect (ASD) constitutes a significant amount of congenital heart diseases (1). Secundum ASD is the most common type of ASD that causes diversion of blood from systemic to pulmonary circulation. In early stages of life, most patients are asymptomatic. Although some patients are diagnosed early, many of them remain silent until adulthood (2). If the disease stays unnoticed, decrease in exercise capacity, miscellaneous supraventricular arrhythmias, right heart failure, and pulmonary arterial hypertension may occur within years (3, 4). ASD may lead to disruptions in cardiac kinetics dependent on the defect diameter and shunt volume. Shunts which are calculated to be over 2.0 indicate large ASDs with significant blood diversion from left to right atria (5). If atrial and ventricular myocardium is exposed to volume overload, shear stress extends to not only myofibers but also conduction system of heart. Disruptions may manifest as conduction delay within atrium and ventricles (6, 7). Furthermore, the degeneration of cardiac microarchitecture, including enhanced fibrosis, improperly modifies myocardial repolarization (6, 7).

T wave peak to end (Tp-e) interval is recent marker for ventricular susceptibility for arrhythmias and repolarization heterogeneity (8-10). A prolonged Tp-e interval represents a period of susceptibility to ventricular arrhythmias. It was shown that this interval has been associated with increased risk of mortality in various congenital and structural heart diseases (11-15).

There is little information in current literature concerning ventricular arrhythmia susceptibility in ASD.

Our goal is to assess if there is an impact of shunt ratio on transmural repolarization in patients with ASD by using Tp-e interval, Tp-e/QT ratio, and Tp-e/QTc ratio.

Virtual data management system of Samsun Training and Research Hospital was retrospectively analyzed. One hundred and thirty- three patients who had been diagnosed with secundum ASD at outpatient clinic were enrolled. Their electrocardiograms were acquired and scanned. Echocardiographic calculations such as shunt ratio, pulmonary artery pressure and other measurements of right ventricle diameters were gained from previous reports in digital archive. Patients with significant coronary artery lesion, critically ill ASD patients (requiring pulmonary arterial hypertension-specific therapy), moderate or more severe degree valve disease other than tricuspid valve, left ventricular failure, any ASD type other than secundum ASD, left ventricular hypertrophy, atrial fibrillation, right or left bundle block or patients with implanted pacemaker or cardioverter/defibrillator were excluded. Informed consent was obtained from all patients before procedures. Study protocol was endorsed by local scientific board.

Availability of Data and Materials

Supplementary material consisting of supportive data is available from the corresponding author, (OCY), upon reasonable request.

Measurement of Tp-e, QT and QRS Intervals from the 12-Lead ECG

All ECGs were scanned. Utilization of a manual measuring tool and a magnifier for interval measurements; could be either inaccurate or time consuming. ECG papers were scanned and that allowed researcher to make measurements in virtual environment. All intervals were measured by blinded colleague with a virtual caliper on computer interface. Measurements of Tp-e interval were performed from precordial lead V5 as it was described (Fig. 1) (16). From the peak (or the nadir if it was negative) of T wave to the end point where it reaches isoelectric line was measured for Tp-e interval. 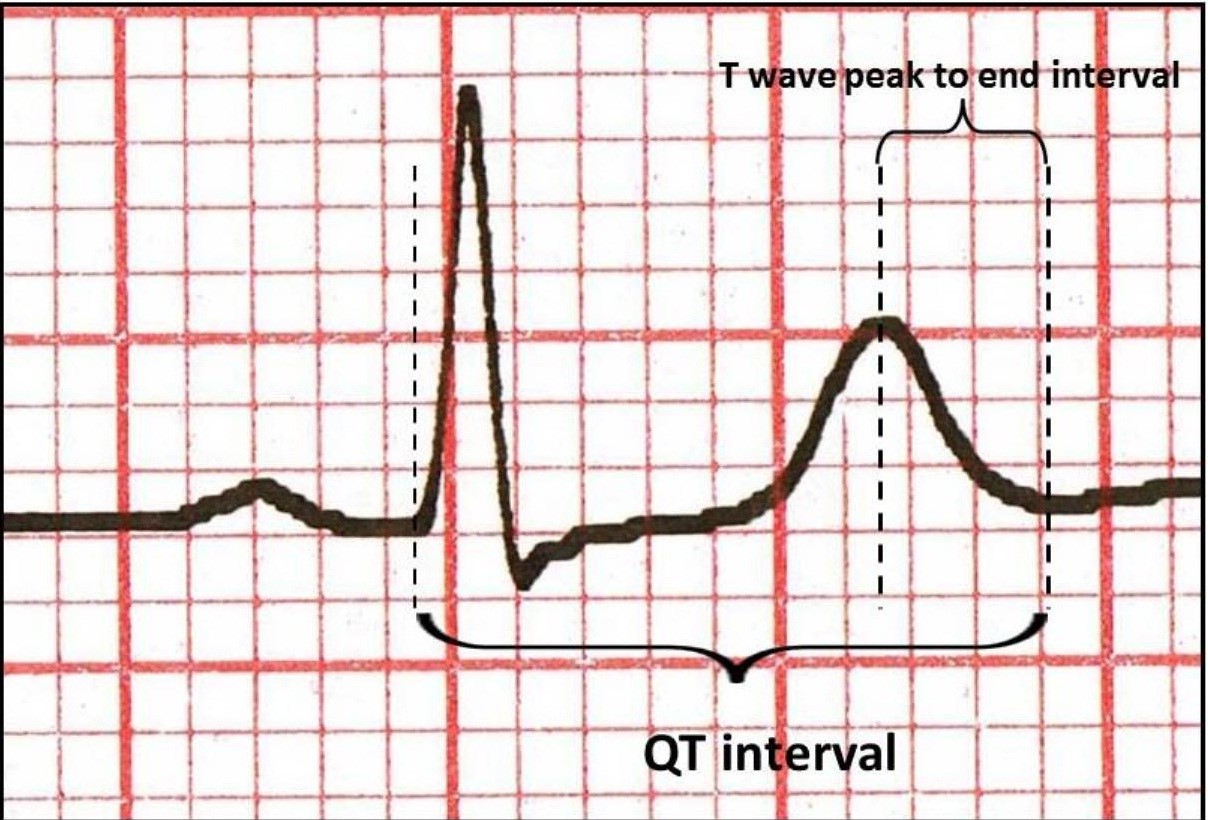 Figure 1. Measurement of intervals on electrocardiogram

All analyses were performed using SPSS V 22.0 for Windows (SPSS Inc., Chicago, Illinois, USA). We calculated the minimum number of the individuals that should be sampled with 90% power and 0.05 Type-I error as at least 58 (R 3.0.1. open source program). For parametric and continuous variables, independent-samples t test; for nonparametric and categorical variables, Chi-square test was used for univariate case-control comparisons for all cases vs. controls, respectively. A P value of <0.05 was considered as significant. Spearman correlation coefficient was used for correlation analysis. Association of different variables with electrocardiographic and echocardiographic parameters and shunt ratio were separately calculated in univariate analysis.

Echocardiographic and ECG measurements are listed in Table 1. High shunt group had significantly longer Tp-e, QT and QTc intervals and higher Tp-e/QT and Tp-e/QTc ratios than low shunt group (p<0.001 for all).

Correlations between parameters of transmural repolarization with ECG and echocardiographic variables

Atrial septal defect is one of the most common congenital heart diseases. Frequency of atrial tachyarrhythmias and conduction diseases is very well studied in this population (18-20). Atrial arrhythmia prevalence shows correlation with size of shunt and occurrence of hemodynamic complications such as pulmonary artery hypertension, as well as with other comorbidities. However, there is a lack of scientific data regarding occurrence of ventricular arrhythmogenesis in this group of patients. Eryu et al. (21) investigated the RR and QT interval variability in a group of ASD patients and found that there was a correlation between these indices and shunt ratio.

Authors came to a conclusion that these repolarization indices provided information on alteration of sinus node autonomic control and the pathophysiology of myocardial repolarization. A more recent study (22) was able to show prolonged QT intervals in children with relevant hemodynamic impairment. Authors reach to a conclusion that after closure operation patients’ QTc interval shortened significantly. This finding may create a discussion point for our article’s intellectual basis. In our study, we utilized another myocardial repolarization index, the Tp-e interval, in concordance with QT interval, to determine ventricular arrhythmia susceptibility in a group of ASD patients with relatively lower shunt ratio.

Abnormal hemodynamics in ASD patients may play the most important role in ventricular arrhythmogenesis. Left-to-right shunt increases right atrial and eventually right ventricular volume and pressure load to some extent (1). Abnormal right ventricle workload may promote fibrosis in myocardial tissue that would precede an arrhythmic risk. On the other hand, right ventricular volume and pressure overload shift the interventricular septum towards left ventricle. This displacement precedes an impaired diastolic filling and a reduced stroke volume. This would also provoke fibrosis in ventricle. Our patients with larger shunts had their right ventricular end-systolic and end-diastolic volumes significantly increased, which clearly indicates right heart failure. Another theory for conduction heterogeneity in these patients is that, left ventricular diastolic impairment might lead to autonomic imbalance (27) which would directly affect Tp-e and related intervals. Eryu et al (21) asserted that there was an increase in sympathetic control of the heart or a decrease in parasympathetic control of the heart in children with ASD. In our opinion there should be other factors in charge which involve microarchitecture and ion channels and signal transmission than macro changes in heart chambers.

The most important restriction of our study is the limited number of patients. Another limitation we did not assess the association between ventricular arrhythmias with Tp-e interval and Tp-e/QT ratio. Also study population could not be followed-up prospectively for ventricular arrhythmic episodes. Large-scale prospective studies are needed to determine the predictive value of prolonged Tp-e interval and increased Tp-e/QT ratio in this population.

Our study revealed that transmural repolarization is more deteriorated in ASD patients with large shunts and dilated right ventricle than individuals with a lower shunt ratio. Tp-e interval and Tp-e/QT ratio might be a useful marker of arrhythmia susceptibility in this group. 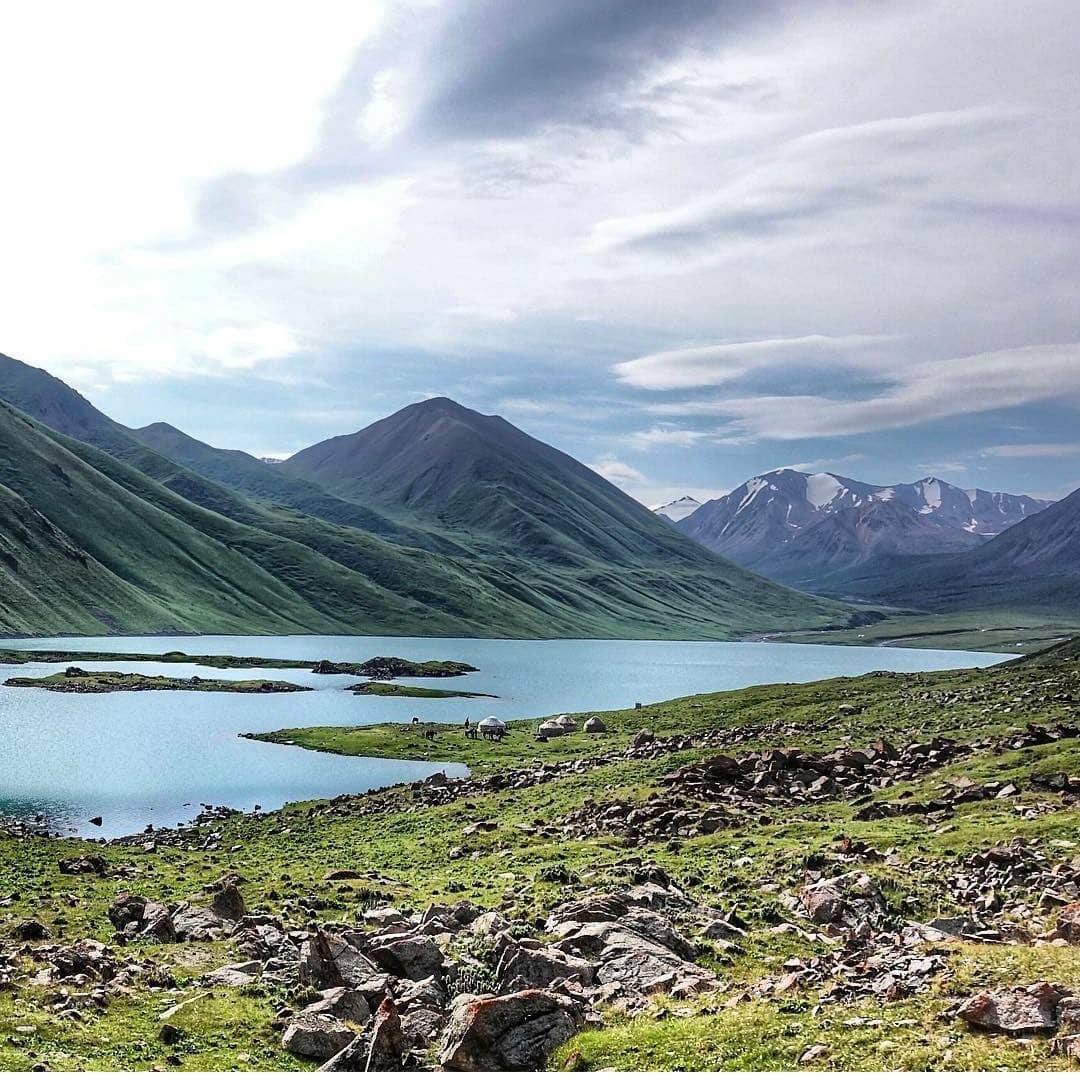