Texidor’s twinge a rare cause of benign paroxysmal chest pain

Texidor’s twinge a rare cause of benign paroxysmal chest pain

Objective: Precordial catch syndrome was described by Miller and Texidor in 1955. It deserves wider recognition because it is rarely discussed in the differential diagnosis of precordial pain. Case summary: Case characteristics include a young 8-year-old female that presented with 4th episode of chest pain to the hospital. On attempting maneuver like deep breaths slowly in lying down position, pain subsided within 5 minutes although all other modalities of chest pain investigation as electrocardiography, echocardiography, chest high-resolution computed tomography, cardiac enzymes were normal. Discussion and conclusion: Various maneuvers like lying down or sitting upright and attempting deep inspiration tends to help in such conditions. This case report is reporting an unusual presentation of this syndrome due to its long duration of episode than the duration described in the previous reports. Prognosis is good.

Precordial catch syndrome (Texidor’s twinge) was described by Miller and Texidor in 1955 (1). This syndrome deserves wider recognition as it is rarely considered in the differential diagnosis of precordial pain and is less often described among children and adults. The site of the pain is characteristically described by pointing with the tips of the fingers to an intercostal space, as opposed to anginal pain where the clenched fist or hand held flat is used. The pain is described as stabbing, shooting, needle-like, or knife-like. It may be at any grade of severity. The pain can occur during mild to moderate exercise even at rest in a sagged posture. At the time of pain, patients tend to hold breath, or have a shallow breathing. The pain is usually of short duration, ranging from few minutes to maximum of 30 minutes. If pain persists for longer duration than in some cases, pain can be experienced as dull aching pain. A patient can experience pain once in 6 months whereas others can have it as frequent as 2 or 3 episodes in a day. Pain subsides after attempting forced deep inspiration, or alternating deep and shallow respiration, sitting upright from sagged posture, gentle massage of the chest and lying down (2).

An 8 years old female child came to the outpatient department with the presenting complaint of chest pain 2 days ago (Table 1). The pain was characteristically present over left side of chest, severe in intensity, non-radiating, stabbing pain not associated with breathlessness, cough & cold, fever, palpitation, syncope, cyanosis. Pain persisted for 90 minutes duration and subsided by its own. The duration of pain is much more as reported in the literature (1). No family history of similar episode, heart disease or any sudden death was noticed. Developmentally she is a student of class 3 and good in her studies.

At the time of examination, she had another episode of similar characteristics.  On general examination, child was conscious and well orientated. Her vitals were within normal limits for her age with a pulse of 80 beats per minute, respiratory rate of 18 cycles per minute, blood pressure was 102/65 mmHg in left arm and 108/68 - right hand in sitting position, pulse oximetry displayed 98% on room air and she was afebrile. Systemic examination including cardiac auscultation revealed regular rate without murmurs and breath sounds are clear. She did not have any tenderness on palpation of the chest wall. She had history of similar two episodes in past in last 2 years, each episode lasting for 10-15 minutes. Her electrocardiogram, chest computed tomography and brain magnetic resonance imaging were normal (Fig. 1-3). Magnetic resonance imaging was done  to rule out  localized central nervous system dysplasia and intracranial space occupying lesion  because seizures disorder can mimic similar clinical representation.

She was asked to take slow and deep breaths while lying down in couch, within 5 minutes of it, her pain subsided.

Follow-up: On her second visit to hospital, she presented with severe chest pain of 15 minutes duration. When asked, she pointed site of pain by finger on left side 3rd or 4th intercostal space, although the immediate vitals were normal. Urgent ECG was done which did not show any fresh changes compared to last visit’s recording. Diagnosis of precordial catch syndrome (Texidor’s twinge) was kept. 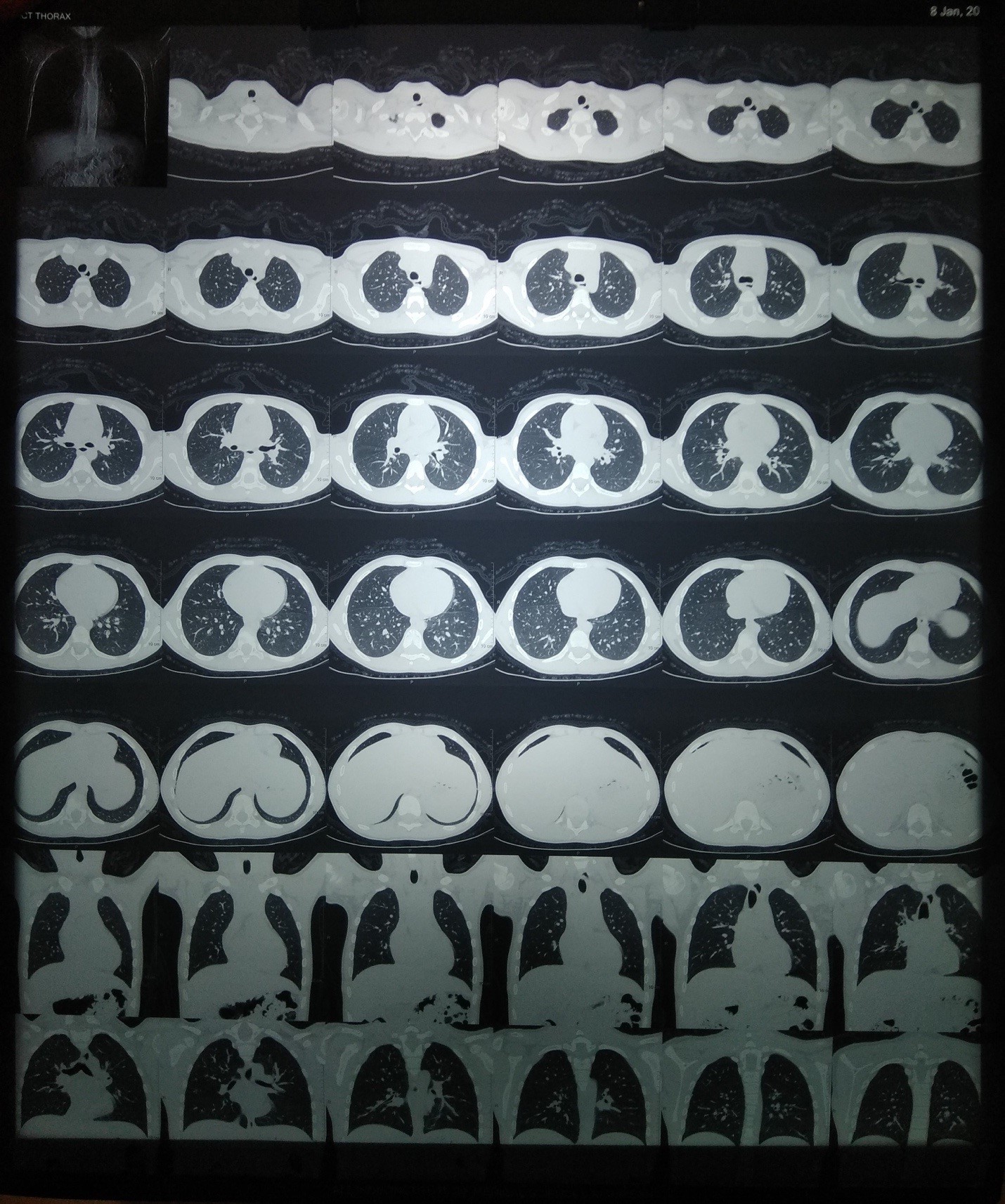 We reported the precordial catch syndrome in a child presented with chest pain. Miller, who together with Texidor described for the first time the precordial catch syndrome,  himself experienced similar episodes of severe chest pain which lasted for few minutes. He also found that pain usually subsides after forced deep breaths for few minutes (1).

However, the unusual feature we found in our case was the prolonged duration of pain in more than an hour. It’s presentation is variable and sometimes may present for first time in second decade of life.  It can happen at rest or during light activities; like walking or in particular positions like partly slouched position. The syndrome has no correlation to the food one eats and will not happen during sleep like gastrointestinal reflux disease. Apart from chest pain other symptoms which may be present is light- headedness due to prolonged shallow breathing, but it will not be accompanied by wheezing, flushing of face or pallor.

Cause of chest pain can be due to irritation or compression of nerve fibers in the pleura or rib cage due to muscular spasm as fibers pass through them but never from heart, lungs or pericardium (3-5). Patient should be examined thoroughly to look for differential diagnosis as listed in Table 2 (3). Also, neurological disorders may accompany the chest pain (6, 7).

On examination, pulse rate and characteristics are mostly normal. She was asked to take slow and deep breaths while lying down in couch, within 5 minutes of it, her pain subsided. Parents were counseled about the benign nature of this disease and measures to take while experiencing similar complaints in future like, sitting upright or lying down and attempting deep inspiration. Usually, investigation is not needed for diagnosis of precordial catch syndrome but can be done to rule out any other significant pathology if suggested by examination (Table 2) (4).

Any localized tenderness needs chest X-ray to rule out osteochondritis of rib, ultrasound of chest will be needed to rule out pleural or lung pathology. In case any abnormality of heart sounds or murmur is heard, should be investigated further by ECG or echocardiography to rule out congenital or acquired heart disease. Treatment is simple measures like forced deep inspiration, or alternating deep and shallow respiration, sitting upright from sagged posture, gentle massage of the chest and lying down. It usually subsides in maximum of 30 minutes duration.

The presentation that differs in our report is its long duration of episode than the duration described in the previous reports. It is a self-limiting condition and therefore prognosis is good (5).  Frequency of the attacks usually decrease with age, may subside by mid- twenties. But, any change of character of pain, duration or progression warrants immediate visit to the hospital to rule out any other disease. Some patients after an ablation procedure may develop atypical chest pain too (8-10).

Conclusion: Chest pain may not be always due to myocardial infarction but may have benign etiology as well, like this case. Awareness about this cause saves many hospital resources and sufferings of the patient.

Conflict of interest: None

Declaration of patient consent:  The authors certify that they have obtained all appropriate patient assent and consent form. In  the form the patient and her parents have given their consent for her images and other clinical information to be reported in the journal. The patient and  her parents understand that their names and initials will not be published and due efforts will be made to conceal their identity, but anonymity cannot be guaranteed.

Authorship:  N.K. and R.P. have equally contributed to the manuscript

Acknowledgement and  funding: None to declare 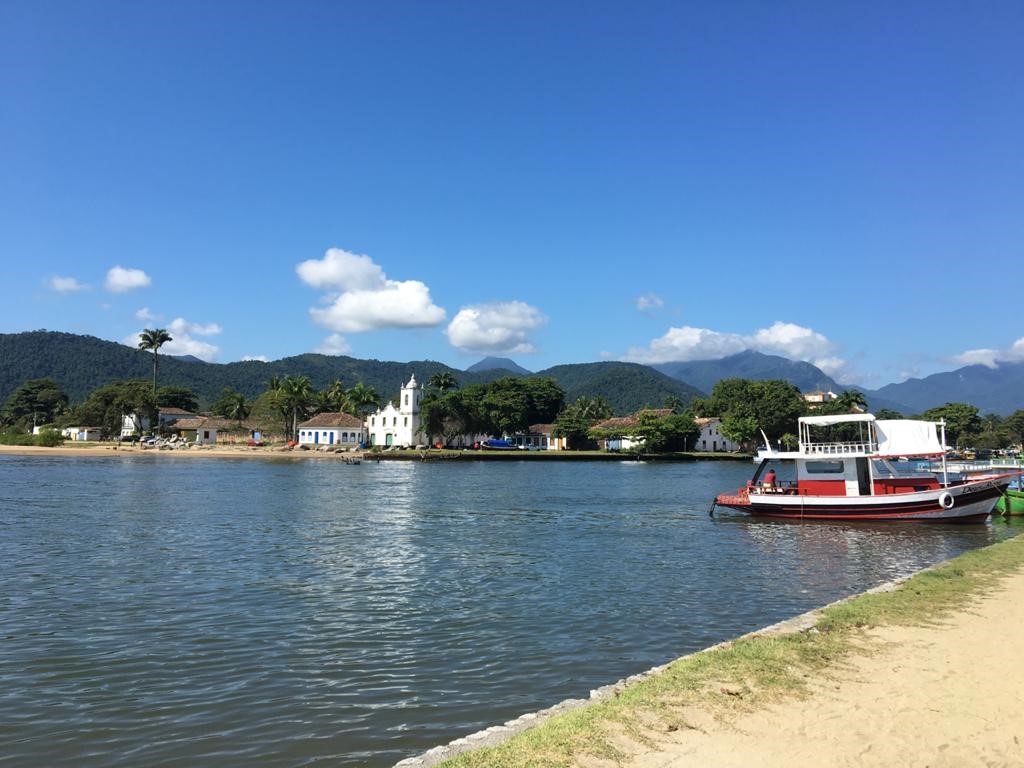