The prevalence of hypertension in children and adolescents is about 3% (1). The etiology of pediatric hypertension varies; however, the prevalence of primary hypertension is increasing (2). Systematic reviews and meta-analyses showed a strong association between high blood pressure (BP) in childhood and high BP in adulthood (3, 4). In clinical practice, most cases of hypertension in children are unrecognized (5). Poor tracking of elevated BP from childhood to adulthood increases the long-term risk of cardiovascular diseases (CVD) and premature death in adulthood (3). Early accurate identification and effective control of childhood hypertension are crucial in reducing target organ damage and have a substantial effect on the prevention of CVD in adults (6).

The purpose of this paper is to provide some key action on 2022 update:  A Scientific Statements from the American Heart Association regarding Ambulatory Blood Pressure Monitoring in Children and Adolescents (9).

AAP recommended that BP should be measured annually in children and adolescents ≥ 3 years of age. If they have obesity, are taking medications known to increase BP, have renal disease, diabetes mellitus, and history of aortic arch obstruction or coarctation, BP should be checked at every healthcare encounter (C, moderate) (8).

In older adolescents >13 years and adults, the diagnostic criteria for elevated clinical or OBP are static, and cutoff values are ≥130/80 mmHg. The definition of hypertension in younger children <13 years is statistical, the cutoffs have been suggested as a systolic BP or a diastolic BP  ≥95% percentile for sex, age, and height measured on at least three separate occasions (9). Normative for ABP is different from OBP. The revised classification of patients according to their OBP and ABP measurements is presented in Table 1.

This new system uses a single static cut point to define ABP consistent with adult guidelines and eliminates the use of BP load, which is of no additional value over mean BP in predicting target organ damage (9, 10).

The reported prevalence of WCH varies widely. Recent studies indicate that up to half of the children referred for evaluation of elevated OBP have WCH, and show that children with WCH have preclinical markers of CVD that are higher than in normotensive patients (11).

MH occurs in approximately 8 % of children and adolescents (12). MH may be diagnosed based on several scenarios, including isolated elevated wake BP, isolated elevated sleep BP (nocturnal hypertension), or the combination.  MH appears to be more common in patients with chronic kidney disease, obesity and repaired aortic coarctation (13, 14).

Blood pressure medications are usually prescribed to treat only MH and hypertension (8).

Systemic BP is regulated by neuronal, vascular, and renal physiological processes that can change according to physical activity, sleep, emotional stress, position (supine, sitting, standing), food intake, and use of drugs. ABP monitoring is designed to evaluate BP across these functional dimensions to provide a more complete view of an individual’s BP during normal daily activities.  During ABPM it is important to accurately capture wake, sleep, and periods of increased activity because ABPM also the important application to assess circadian BP patterns. Under normal circumstances, BP drops by 10% to 20% during sleep - a phenomenon referred to as dipping. Nondipping is when the decrease in BP during sleep is < 10% and reversed dipping refers to when the mean sleep BP is higher than the mean wake BP (8). Nondipping and reversed dipping are modifiable risk factors for adverse cardiovascular outcomes. Abnormal circadian BP patterns are common in children with specific underlying diagnoses: sickle cell disease, chronic kidney disease, obesity, obstructive sleep apnea, systemic lupus erythematosus, and autosomal dominant polycystic kidney disease and in recipients of solid-organ transplants (9).

Recommendation for the use of ABPM

The AHA statement endorses much broader use of ABPM in the evaluation and management of hypertension in children and adolescents (9). The recommendation for the use of ABPM is given in Table 2. They include measurements made with the purpose of diagnosis, and evaluation during treatment as well as in clinical trials.

-ABPM is not performed in children <5 years of age as normative data does not exist for this age group and younger children typically do not tolerate ABPM testing.

-Only oscillometric or auscultatory ABP devices that have been validated in a pediatric population (according to American National Standards Institute (ANSI)/Association for the Advancement of Medical Instrumentation (AAMI)/ International Organization for Standardization (ISO)/ The British Hypertension Society protocols should be used. Devices that have passed this rigorous testing can be identified on several websites: American Medical Association; British and Irish Hypertension Society; Hypertension Canada; Stride BP).

-Recording ABPM on a school day should be encouraged, because weekend days may produce lower ABPM results.

-Appropriate cuff sizes must be available for the device selected.

-Ideally, pediatric ABPM should be performed by personnel trained in the application of the device in children and adolescents, and interpretation of ABPM data in pediatric patients.

-Place monitors in an office setting to enable checks for accuracy and for optimal patient education.

-Monitors should be applied to the non-dominant arm unless contraindicated (eg, the presence of permanent dialysis access).  If there is a >5 mmHg difference in clinic BP between the 2 arms, place the cuff on the arm with the higher BP.  In patients with repaired aortic coarctation with normal arch vessel anatomy, place the cuff on the right arm.

—BP should be measured with the device and compared with resting clinic BP values obtained in the same arm with another validated device using the same technique as the ambulatory device (auscultatory or oscillometric). This can identify the potential inaccuracy with ABPM (cuff choice/placement, device requiring repair) and aid interpretation of ABPM measurements.

—Any resting BP measurements made using the ABPM device immediately after application of the device (eg, test readings) should also be removed.

— The patient and their parents should receive education regarding the monitor, including details such as the arm should be held still during each measurement and a diary should be recording sleep and wake times, physical activity periods, unusual activity, pain, stress, and timing of antihypertensive medication administration, symptoms (e.g., dizziness) should also be recorded.

-For interpretation, the mean SBP and DBP are calculated for the 24-hour study period as well as daytime and nighttime periods based on the diary report.

-BP load (percentage of readings above the threshold value) is no longer considered in the classification of ABP phenotype.

-Extent of dipping (percent day-night difference) should be determined ((mean awake BP–mean sleep BP)/mean awake BP) *100) for both systolic and diastolic BP. Patient-recorded wake-sleep times from the diary should be used to denote the wake and sleep periods for analysis.

-ABPM values should be compared with sex- and height-specific ABP data obtained in large pediatric populations and with resting BP levels.

Several barriers to widespread ABPM use for hypertension screening and monitoring include a lack of reference data for children less than 5 years of age or <120 cm of height, or for non-Caucasian children. ABPM can cause discomfort to patients and be poorly tolerated among children and adolescents. Patients intolerant to ABPM during wake hours have a higher prevalence of awake ambulatory hypertension. ABPM equipment is not universally available in pediatric clinics. ABPM devices and software can cost over $3,500. Many insurance companies do not commonly reimburse for ABPM, and when reimbursed, the compensation is often low (15, 16).

The identification of hypertension in children and adolescents is important to reduce mortality and morbidity associated with vascular disorders in adulthood. ABPM is an important technique that adds precision to the evaluation and management of young patient with elevated BP. Adherence to recommended guidelines and updated statements for pediatric hypertension is the first step towards a cure for our adult patients.

Department of Internal Diseases No. 2, 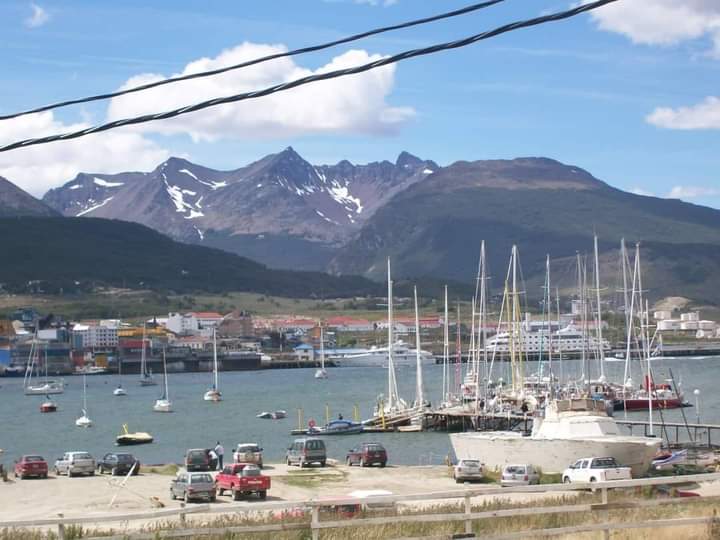