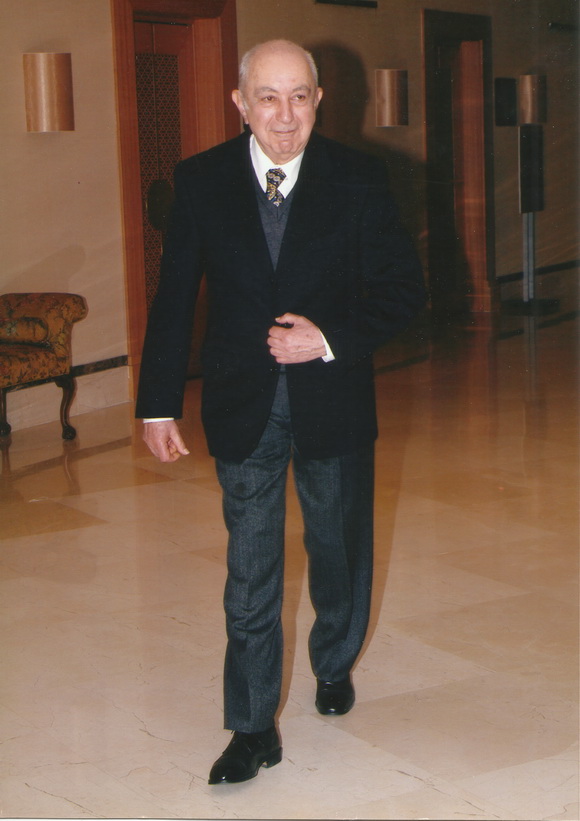 Professor Ahmet Birand born in 1938, graduated from high school in Ankara. From 1955 till 1961 he underwent undergraduate studies at Medical Faculties of Ankara University and Izmir University. In Izmir, he further finished his specialization in internal medicine and in 1970, he obtained the degree of associate professor.  Professor Birand had started his career at Cukurova University in Adana, in 1974 as an associate professor of internal medicine clinic. Later at the same university, he founded the Cardiology Department and received degree of Professor in 1976. Ahmet Birand established cardiac catheterization and coronary angiography laboratory and was first who performed coronary angiography. His main scientific works were in the field of invasive cardiology and heart rate variability. He published a book on Electrocardiography and contributed to textbooks on arrhythmias. Until his retirement in 2003, he had continued his career as the Chief of the Department of Cardiology at Cukurova University in Adana, Turkey. Ahmet Birand had an advanced knowledge of Turkish, English and German languages. Professor Ahmet Birand had earned respect and love for his personality of intelligent men and his general culture.

Remembering our esteemed peer and colleague

On 21st of May 2017 we lost Professor Ahmet Birand, our peer and brilliant physician, innovator, scientist, who founded cardiology service at Cukurova University, Adana, Turkey. He was always generous in sharing his deep knowledge and experience with many cardiologists, pediatric cardiologists and physicians from other specialties. He was a very intelligent person and physician, providing not only excellent care and treatment, but also always delicate with every patient and their relatives devoting much time to explain the lifestyle changes and recommendation, that nowadays is being lost. He thought that physicians must be delicate with every patient. He was the first in Turkey to build cath lab and performed coronary angiography. His contribution will remain in living memory of his students and colleagues and many patients.

Professor Ahmet Birand was also an outstanding scientist and innovator. He built and inspired a multidisciplinary international team of cardiologists and biomedical engineers to develop new methods of cardiac autonomic regulation, time-frequency analysis of heart rate variability and baroreflex sensitivity. This work was awarded by NATO-cooperation partner’s grant and published at major cardiology meetings. We remember that he was working late with engineers preparing the model and testing it on healthy volunteers, further providing the platform for specialists of different disciplines to carry out their research. It was a very efficient and satisfying time under his guidance. His ideas helped us to improve our research projects. He was meticulous in exceptional way. While preparing his first publication on model, he discussed with co-authors and tried to be sure about correct use of every single word in the manuscript despite he already had excellent English and German language skills. His collaboration with international team on the topic of baroreflex sensitivity yielded new methods ready for clinical use but he insisted to continue his research because he thought that many questions on the topic left unanswered.

It was always a pleasure to interact with him in person because we knew that we were getting invaluable information from a highly intelligent scientist with encyclopedic knowledge and culture.

He aimed to show that there is no difference between leading major universities in capital cities and regional as was considered at that time. He showed that the edge of science and clinical practice should be done everywhere.

Another part of his multidimensional activities was to build bridges between universities of Turkey and Central Asia countries, which gained their independence at that time.  He visited and attended 1st congress of cardiology in Kyrgyzstan and always supported inviting the young scientists in frame of postdoc fellowships or teaching at engineering and medical faculties.

I met him few months ago when I asked him to join editorial board of our journal that he supported whole-heartedly. He was as usual with smile and delicate smart conversation, with humor and remembering our wonderful brainstorming time of work on science projects and our colleagues who work abroad; and also he as always during our once a year meeting brought the new research, clinical, and life perspectives.

He has an intelligent family, exceptional wife and wonderful daughters.

We might not acknowledge now the broader aspects of scientific and clinical activity and contributions of Ahmet Birand, that many his students and colleagues have not shared yet. We will always remember Professor Ahmet Birand as an outstanding peer, the friend and the teacher, colleague and he will live in our hearts and his legacy lives in the minds of his students and colleagues.