Methods: A total of 48 patients who underwent cardiac surgery in our institution were enrolled into this retrospective  observational cohort study. According to age aspects pediatric (PG, n=20) and adult (AG, n=28) group of patients were separately evaluated. Each group further was categorized into two subgroups (group 1 and 2) on the basis of cut-off points of NT-pro-BNP level (430 and 250pg/ml in adults and children, respectively). Preoperative NT-pro- BNP was obtained from patients. Statistical tests were conducted to reveal differences in clinical and perioperative variables among NT-pro-BNP groups and relationship of the assay with baseline clinical and operative parameters, as well as postoperative outcomes.

Heart failure may be a result of vast majority of cardiovascular disorders including myocardial damage, valve pathology, conduction and rhythm abnormalities, and pericardial diseases (1, 2).  History of most of the patients reveals both cardiac and non-cardiac comorbid conditions as the underlying factors of chronic heart failure (HF) (3).  The incidence of HF is steadily increasing and remains the leading cause of hospitalization and in-hospital mortality in elderly population (age≥65 years) (4-6). By the improvement of current management, great successes have been achieved both in pharmacologic and surgical treatment of chronic HF.

Heart surgeries are quite challenging procedures, which require a cardiac-pulmonary bypass (CPB), and other settings. Additionally, high risk of complications are observed in postoperative period. Advanced age of patients and huge number of comorbid issues lead to increase of disease severity requiring more complex operations including simultaneous, hybrid and multistage procedures (7, 8). Furthermore, despite the significant improvement of healthcare, surgical operations performed in children with congenital heart diseases (CHD) are accompanied by high morbidity and mortality both early and late postoperative periods.  Implementation of the robust prognostic biomarkers besides the routine ones used in daily clinical practice is crucial in postoperative management of pediatric patients in intensive care unit (ICU).

Several multifactorial scores have been used for preoperative risk stratification and surgery outcomes. But, no single risk assessment tool for cardiac surgery includes preoperative measurement of brain-type natriuretic peptides (BNP) in spite of their accurate correlation with ventricular dysfunction and HF (10). On the other hand, some studies recommend cautious application of risk assessment models in cardiac surgery for different population groups, due to existence of great variety by gender, ethnicity and geographic factors (11).

BNP, a valuable marker of HF is the member of natriuretic peptides family, which is secreted into bloodstream in response to volume overload or conditions causing myocardial stretching of ventricles.  Compared to atrial natriuretic peptides (ANP), BNP is synthesized not only by atria, but also by ventricles, particularly in patients with HF (12). Circulating concentrations of several cardiac natriuretic peptides, including ANP, BNP and their N-terminal prohormones (NT-pro-ANP and NT-pro-BNP) are elevated both in patients with HF signs and asymptomatic left ventricular (LV) dysfunction (13-15). In practical sense, BNP and NT-pro-BNP are interchangeable and can be used according to local preference and availability. For diagnostic workup of mild HF and subclinical LV dysfunction NT-pro-BNP is preferred over BNP (15).

The study of Liu H. et al. revealed the level of NT-pro-BNP at 2773.5 pg/ml as a cut-off value (sensitivity 63.6% and specificity 80.8%) for mortality prognosis within 30 days after surgery (18). However, the evidence of clinical and prognostic utility of NT-pro-BNP in cardiac surgery is still emerging.

Study population was categorized into two groups by age aspects: pediatric (PG) and adult (AG) ones.  Further each age group was divided into two subgroups, according to NT-pro-BNP levels: 1st  subgroup included cases with less than 430pg/ml (AG) (19) and 250pg/ml (PG) (20), 2nd subgroup more than those cut-off points.

Informed consent for procedures was obtained from all adult patients and from parents (guardians) of children patients.

In pediatric patients to date, no clear standards and no normal  ranges of NT-pro-BNP were established. Based on ROC curve some studies revealed the 598ng/l as a cut-off level for HF diagnosis in children (27).

Due to scarcity of data and small sample size we used only descriptive statistics for pediatric groups and Spearman correlation analysis of relationship of NT-pro-BNP with clinical and perioperative variables.

Patient population was categorized into two groups on the basis of preoperative NT-pro-BNP level. A 430pg/ml was accepted as the cutoff value for grouping in AG. Baseline clinical variables and their statistical results are highlighted in Table 1. Mean age was 60.01 years. Age range: 34 to 72 years. All operations were performed in circumstance of CPB except the stent-graft implantation: CABG, AVR, MVR, AVR and MVR, left atrial (LA) myxoma resection, and stent-graft implantation.

According to age, sex, main diagnosis, surgery type, risk factors of HF and postoperative clinical outcomes no significant differences were found among groups. Significant results were obtained for BMI ranges and categorizations (slim (˂25kg/m2) and overweight or obese (≥25kg/m2)): p-value was 0.03 and 0.017, respectively. More patients that are obese were in group of low NT-pro-BNP level. There were significantly more patients with higher NYHA class in group of patients with high NT-pro-BNP levels (p<0.001), especially more patients with class III (p=0.03).

However, there were no differences in adverse outcomes and complications between groups. We also did not observe any bleeding events.

According to cut-off point of NT-pro-BNP level PG was grouped into less or more than 250pg/ml.  As can be seen from tables 4 and 5, only descriptive statistics of baseline clinical and operative parameters were highlighted. The mean age was 32.1±30.3months, median: 23 months, age range 14 days (0 months)-96 months (8 years).

Preliminary results of our study in adult patients who underwent cardiac surgery demonstrated that preoperative NT-pro-BNP levels are elevated in patients with advanced NYHA classes, LV dysfunction, higher surgical risk, worsened kidney function and need of inotropic support. In addition, a significant positive correlation was found between NT-pro-BNP level and EuroSCORE II, a prognostic scoring index which defines the complexity of surgery and patients’ cardiac surgical risk; renal function categories, whether normal or moderately impaired; CHF NYHA functional class grading, from mild symptoms to limited daily activities;  systolic function categories on the basis of LVEF; as well as need for inotropic support in early postoperative period. A negative correlation was observed by BMI, EF and GFR levels. However, we did not observe difference in surgery outcomes due to presumably small sample size.

Previous studies revealed the good correlation of LV global systolic dysfunction and symptom severity with NT-pro-BNP by means of LVEF with cut-off level of 50% (28). Nevertheless, recent findings advocate the relationships of BNP molecules with novel indices of global systolic function.

Several studies including large trials represented negative correlations between natriuretic peptides and BMI. According to these studies low NT-pro-BNP levels were detected both in overweight (BMI=25-30kg/m2) and obese (BMI≥30kg/m2) subjects. Furthermore, these investigations defined similar levels of NT-pro-BNP levels as the cutoffs, in PRIDE-study which included 204 subjects it was chosen 900pg/ml, in another trial with 1103 study population it was considered as 986ng/l (29, 30). Recent evidence supports the involvement of posttranslational processing of pro-BNP molecules, specifically the augmented glycosylation of threonine in 71st position of pro-BNP and consequent decreasing in concentration of NT-pro-BNP molecules in overweight and obese patients (31). Despite the small sample size (n=28) our patients also represented negative correlation with statistically significant results (rho=-0.73, p=0.002) as in aforementioned literature reviews.

A univariate analysis showed that renal dysfunction was closely correlated with NT-pro-BNP level in assessment of the 30-day mortality (18). According to Su et al, NT-pro-BNP was found as an independent risk factor for development of acute kidney injury requiring renal replacement therapy in early postoperative period of cardiac surgery patients (32). Both continuous (eGFR) and categorical (renal impairment) variables in our study showed significant results among adult subgroups, as well as significant negative correlation of eGFR and positive correlation with renal impairment severity  with NT-pro-BNP level, thus confirming previous studies.

Controversial findings exist in literature regarding to correlation of NT-pro-BNP and inotropic support in early postoperative period. According to Oztekin et al., no relationship was found between NT-pro-BNP level and need for inotropic support  in patients who underwent isolated CABG surgery (33). In pediatric cardiac surgery, perioperative NT-pro-BNP accurately determines the prognosis of postoperative outcome including duration of mechanical ventilation, ICU stay and inotropic therapy (34).

The main limitations of this preliminary study are small sample size and retrospective design. Results will be validated and reported in a further larger sample size study.

Preoperative NT-pro-BNP level in our cohort of adult patients is related to higher NYHA class, LV dysfunction, renal impairment and consequently higher requirement for inotropic support after surgery and is related with prognostic indicator as EuroSCORE II independently of type of surgery. There is a negative relation with BMI. Further study is needed to support our findings in adult and pediatric patients. 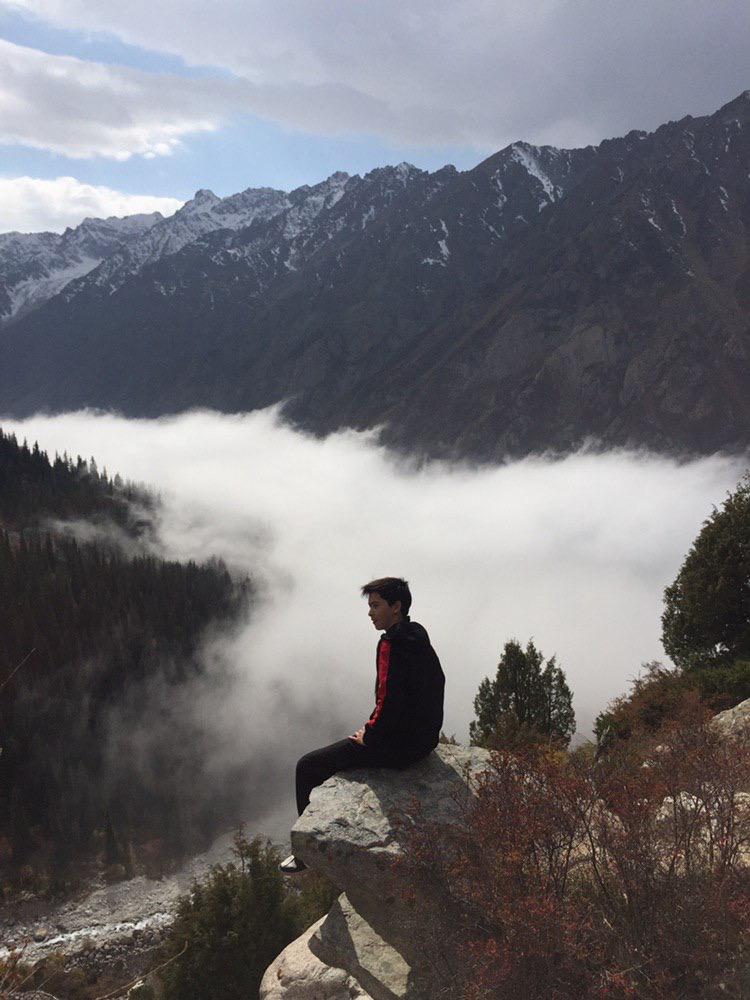