Bradycardia during the early period following heart transplantation frequently occurs with an incidence of 14 to 44% and it is usually self-limited. The incidence of late bradycardia (from 30 days to more than 5 or 6 months after transplantation) has been reported to be 1.5%. A 33-year-old male patient with a history of orthotopic heart transplantation in 2013 presented with complaints of dizziness and near syncope. A DDDR permanent pacemaker was implanted for sinus pauses exceeding 3 seconds recorded on Holter examination. Shortly after the procedure, he developed sudden cardiovascular collapse. Cardiopulmonary resuscitation was performed and a pulse steroid treatment (2 grams of methylprednisolone) was given. After 2 days, the patient was extubated. While making preparations for re-transplantation, cardiopulmonary arrest developed again and he died. Sinus pause may be a clue for rejection and is an important finding in predicting clinical course.

Heart transplantation remains a good option for selected patients with heart failure refractory to medical management. Bradycardia in the immediate post-transplantation period is a well-known and self-limited entity (1). However, after the first 2 weeks from the transplantation, bradyarrhythmia episodes should be promptly evaluated for causes such as sinus node dysfunction, ischemia, rejection, allograft vasculopathy, or drug effects (2).

Here, we report a case of late sinus arrest following heart transplantation that underwent a permanent pacemaker implantation and developed cardiovascular collapse shortly after the procedure.

A 33-year-old male patient who underwent a DDDR permanent pacemaker implantation in 2009 due to complete heart block and an orthotopic heart transplantation using the bicaval anastomosis technique due to dilated cardiomyopathy in 2013 was admitted with complaints of dizziness and near syncope. The patient underwent cardiac biopsy for same complaints after two years from transplantation and no evidence of rejection was detected. His medications included mycophenolate mofetil, cyclosporine and ursodeoxycholic acid. Serum concentrations of anti-rejection drugs were optimal. Thyroid function tests and serum potassium level were within normal limits. The admission electrocardiogram (ECG) revealed a sinus rhythm with complete right bundle branch block and left anterior hemiblock (Fig. 1A). A transthoracic echocardiography revealed a left ventricular ejection fraction (LVEF) of 58% and there was no diastolic dysfunction. A Holter examination revealed sinus pauses exceeding 3 seconds when he was awake (Fig. 1B) with junctional rhythm episodes and therefore, a DDDR permanent pacemaker was implanted to the patient (Fig. 2A). Post implantation pacemaker checking revealed predominantly atrial and ventricular pacing. Shortly after the procedure, the patient developed sudden cardiopulmonary arrest. An ECG showed a junctional rhythm when pacemaker was turned off (Fig. 2B). There were no any tachyarrhythmias or other ECG changes (e.g., ST elevation/depression, QRS widening ). 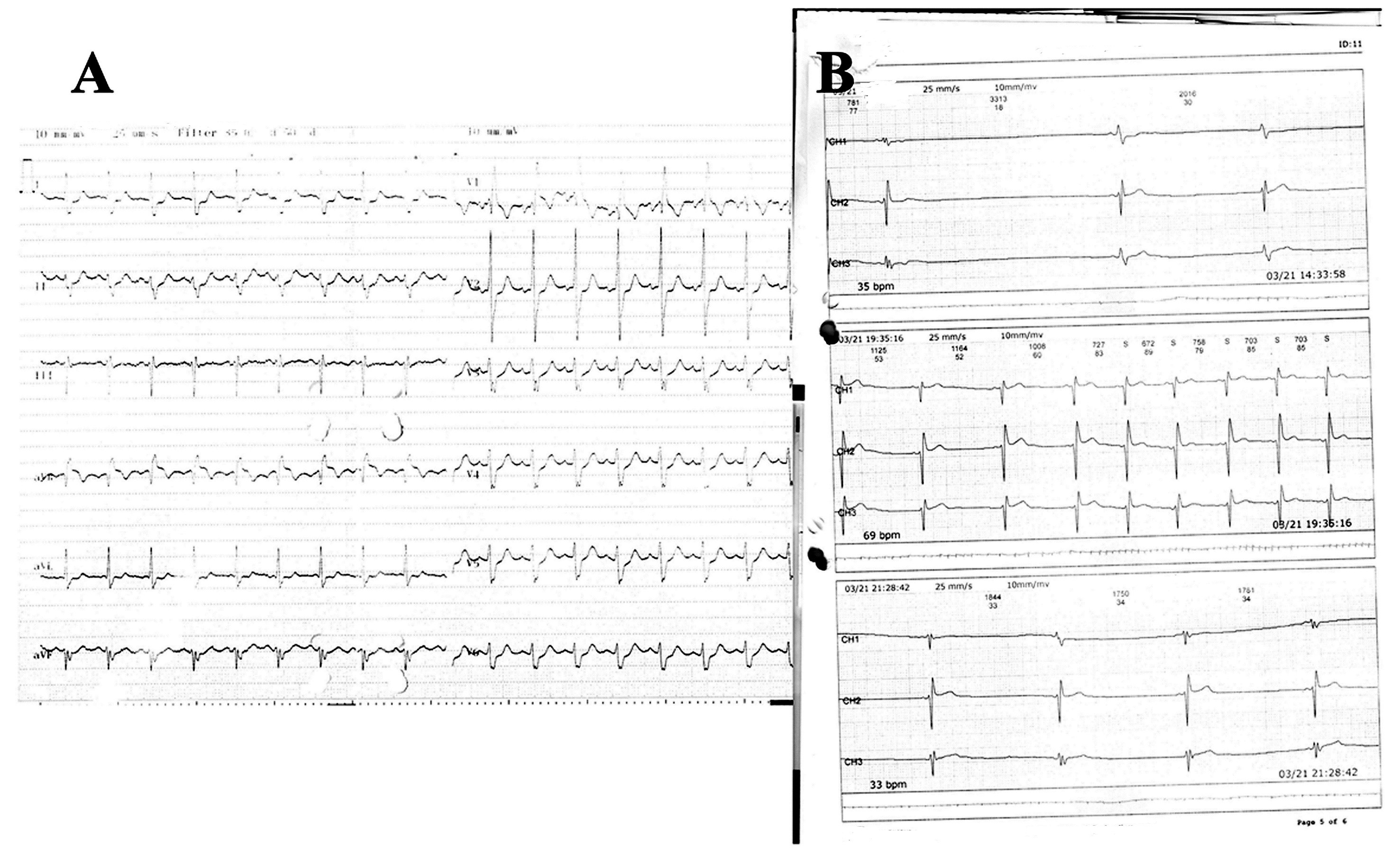 Figure 1. A) The admission electrocardiogram B) A Holter recording showing the sinus pause and junctional rhythm tracings.

Figure 2. A) Chest radiography after pacemaker implantation B) The electrocardiogram showing a junctional rhythm when pacemaker was turned off.

Echocardiographic examination did not show any pericardial effusion and no pneumothorax was seen on chest radiography (Fig. 2A). Cardiopulmonary resuscitation was performed for 15 minutes and the echocardiogram revealed a LVEF of 30% with severe global hypokinesia of the left ventricle. Considering the fact that the pacemaker leads could aggravate an existing rejection, a pulse steroid treatment (2 grams of methylprednisolone) was given. The patient was followed by intubation for 2 days and then extubated. An optimal medical therapy for heart failure was also started. While making preparations for retransplantation, cardiopulmonary arrest developed again. Despite maximal medical and mechanical support, the patient passed away.

This is the first case report claiming that pacemaker placement can aggravate the existing rejection following heart transplantation. Bradyarrhythmias in the immediate post-transplantation period following heart transplantation occur in up to half of patients, with incidence varying widely in different case series (2,3 ). Late bradycardia has been defined from 30 days to more than 5 or 6 months after transplantation and occurs in approximately 1.5% of patients (4). Because the increased use of bicaval anastomoses rather than atrio-atrial anastomoses is associated with a lower incidence of sinus node dysfunction, the requirement for cardiac pacing in the adult population has decreased significantly (5).

A previous study reported that six of 18 heart transplant patients underwent pacemaker implantation (three with sinus node dysfunction and three with AV block) and only two of them became pacemaker-dependent during follow-up. According to this study, the mechanism for late onset bradyarrhythmias is obscure, but 30 % of cases occurred in patients with allograft vasculopathy, while acute rejection was rarely seen (5%) (6).

In the present case, routine endomyocardial biopsy at initial presentation and postmortem examination including the conducting system could not be performed. On the other hand, rejection may occur in a patchy regional fashion. Since our patient had a history of heart block prior to transplantation, a systemic disease, involving the conduction system could be the reason for bradycardia but all investigations of such a disease were unremarkable. Unfortunately, there was no any information about the donor heart.

Knight et al. (7) suggested a management strategy for post-transplant patients with unexplained syncope for rejection, including steroid boluses and plasmapheresis, followed by photopheresis. Those authors also proposed that these patients should be treated likewise to that for hemodynamically significant rejection even if not indicated by standard right ventricular biopsy.

Although a potential association of bradycardia with increased likelihood of rejection or graft vasculopathy is controversial, rejection involving the conducting system is a probable cause for bradycardia, which may be missed by endomyocardial biopsy.

Ethics: Informed consent was obtained from patient before all procedures. 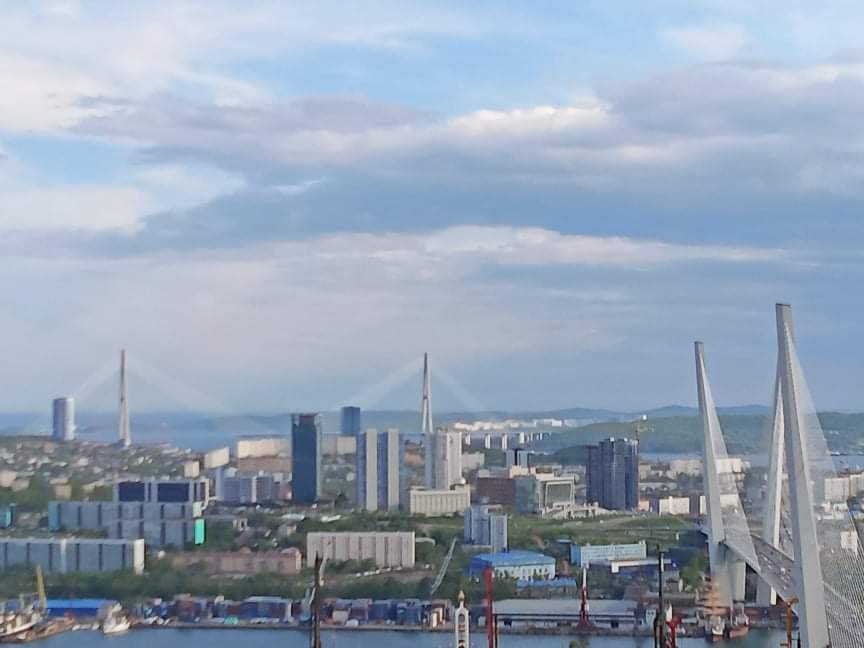