On the stage of left atrial percutaneous procedures a number of acute complications and their management have been described. In the current brief report, coronary air embolism, its acute manifestations, differential diagnosis and outcomes were presented in three patients who underwent cryoballoon ablation of atrial fibrillation and left appendage closure.

Hypotension during left atrial procedures, which involve transseptal access, should immediately rule out the presence of pericardial effusion and consequently cardiac tamponade, since the delay in its treatment can lead to an ominous outcome.

But it is not the only etiology of hemodynamic deterioration, in these cases, it may be due to bleeding in another site (from vascular accesses - femoral or retroperitoneal hematoma), reaction to anesthetic drugs, pharmacological allergies, exaggerated vagal response due to ganglionated plexus ablation, and the one that we will write below, coronary artery embolism (Table 1) (1).

Here we will describe four episodes in three patients.

Patient 1: A 59-year-old male was referred for pulmonary veins isolation (PVI) with cryoballoon ablation due to persistent atrial fibrillation (AF). Our protocol consists of  two femoral venous approaches, right and left, one transseptal puncture using a Boston Scientific sheath, full anticoagulation with sodium heparin, and we exchange the sheaths in the left superior pulmonary vein (LSPV), placing there the Flex Cath Medtronic sheath, previously purged and with pressurized system. When positioning the balloon in the ostium of the LSPV, bradycardia (remaining the AF rhythm), arterial hypotension and ST segment elevation in inferior leads were observed. An echocardiogram was performed immediately, ruling out pericardial effusion. It was resolved by increasing the supply of fluids, rise the FIO2, right ventricular pacing with heart rate (HR) of 100 per minute, with progressive improvement of the referred parameters and normalization in 15 minutes.

Patient 2: A 41-year-old male was referred for PVI with cryoballoon ablation due to paroxysmal AF without structural heart disease. The same protocol as in patient 1 was applied. Here we detected ST elevation in inferior leads, decrease of 20 mmHg in systolic blood pressure, no arterial desaturation and minimal sinus bradycardia, 55 beats per minute, with a 70 beats per minute average in previous basal HR. The phenomenon occurred immediately after withdrawing the transseptal puncture needle when crossing the interatrial septum. Only with fluids and atrial pacing at 500 ms circle length (HR 120 beats per minute), the parameters became normal in 5 minutes. No complications were seen when the patient woke up.

Both patients where ablated under sedation with propofol, that it is the usual protocol in this center.

Patient 3: A 36-year-old male, high-performance athlete, who refused permanent oral anticoagulation, with presumably embolic stroke (sudden right hemiparesis and dysarthria) and paroxysmal atrial fibrillation was referred for combined treatment of cryoablation with electrical isolation of the pulmonary veins and percutaneous closure of the left atrial appendage (LAA). This procedure was carried out under general anesthesia, with the same vascular approaches as in patients 1 and 2. Here the same symptoms were presented on two occasions, the first when positioning the cryoballoon in the LSPV, resolving as previously described, except that FiO2 was of 1, and the stimulation was atrial, because he was in sinus rhythm at the time of the procedure. Since he was under permanent transesophageal echocardiographic control, pericardial effusion was ruled out and hypokinesia of the inferior left ventricle wall was evidenced.

Subsequently, the LAA was closed percutaneously without inconvenience, and when the contrast injection was done prior to release the device, the coronary embolism syndrome occurred, with an air-compatible image being radiologically observed in the projection corresponding to the right coronary artery. The same treatment was repeated and recovery was complete in 14 minutes.

In neither of the three patients chest massage or an arterial approach with coronary instrumentation was required, with no documentation of neurological or focal deficits or diffuse disorders when the patients woke up and during the follow up .

The description of coronary artery air embolism basically refers to that produced during angiography, diagnostic or in therapeutic procedures, done by  operators with little experience, with failure to purge the system or balloon rupture, with an incidence of 0.1-0.3% of the cases (2-7). Therefore, the compromised vessel will be the instrumented one, and the clinical manifestations will correspond, among other factors, to the territory to which it is tributary and the pre-existing cardiovascular state (8).

The incidence of coronary air embolism, related to procedures in the left atrium is much less frequent, and the artery usually involved is the right coronary artery, due to its anatomical position - anterior and superior in supine decubitus, where the air would lodge (Fig. 1) Hence, there will be manifestations of ischemic involvement of the inferior wall of the left ventricle and sometimes the right ventricle too. On the other hand, most of the descriptions have been related to cryoballoon ablation procedures and with much less frequency radiofrequency ablation. 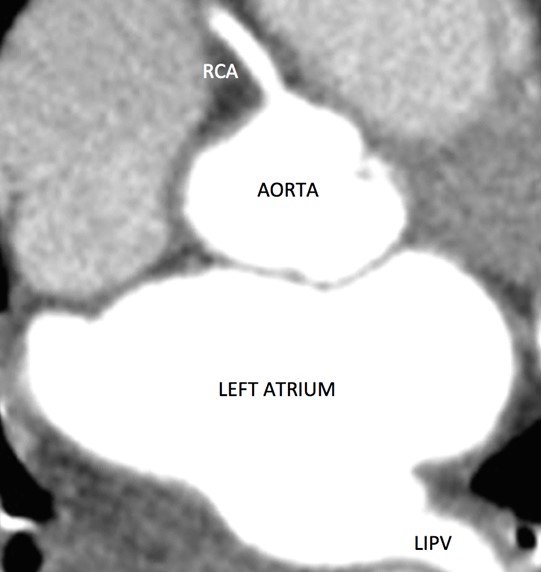 Figure 1. Computed tomography scan in supine position showing the right coronary artery (RCA) originating from of the most anterior point of the aorta

We have not found any references involving the left appendage closure. Sheaths used for implantation of left appendage devices in Argentina (up to the time of writing this document), have the hemostatic valve not perfectly airtight and have to be supplemented with another hemostatic introducer to improve its closure, increasing the risk of air aspiration.

Small amount of air in the coronary arteries usually causes transient impairment of cardiac function, many times without notorious symptoms, but repeated or large coronary air embolism can compromise the arterial flow with the classic manifestations (9-11).

Based on the evidence and the possible origin of the air coronary embolism, it can be suggested that if sedation is carried out, drugs that generate marked respiratory depression should not be used, thus reducing the risk of apnea and subsequent deep inspiration, (some authors prefer dexmedetomidine instead of propofol). In case of a diagnosis of obstructive apnea syndrome, it would be preferable to use general anesthesia. The manipulation of catheters must be carried out carefully, avoiding abrupt withdrawal of the dilators or catheters from long sheaths to prevent the formation of a vacuum, special care must be taken when introducing the circular catheter, due to the mismatch with the sheath lumen, reducing the risk injecting saline solution before and during its introduction. Remove the sheaths to the right atrium when they are not needed in the left atrium (12 – 14).

The therapeutic approach is based initially on differentiating the possible causes of arterial hypotension and bradycardia in those patients undergoing procedures that instrument the left atrium, both manifestations are common to the right coronary embolism syndrome and cardiac tamponade, which require immediate therapeutic actions, being very different.

The initial treatment of air embolism of the right coronary artery involves increasing the supply of O2 to increase the partial pressure of oxygen to promote nitrogen diffusion; correcting bradycardia with cardiac stimulation at HR of 100 – 120 beats per minute, preferably in the right atrium (if the patient is in sinus rhythm) or in the right ventricle; if he/she is in AF increase fluids delivery (if possible with plasma expanders); transient inotropic support if the above measures are not sufficient, and in rare cases when coronary arterial access is performed, force coronary flow with injection of crystalloids, and/or aspiration of coronary air  (2,5,10,12,15) (Table 3).

Although the air embolism syndrome of the right coronary artery is an infrequent complication in percutaneous procedures of the left atrium, we consider that it is underdiagnosed, since depending on the embolic volume, coronary vascular status (atherosclerotic lesions in that vessel and in the others), previous ventricular function, and with general support measures, usually progresses satisfactorily, without a precise diagnosis of this complication.

Because they share manifestations with cardiac tamponade, both entities must be differentiated, since the therapy must be instituted immediately because they are cardiac emergencies and they are very different.

Authorship:  L.A.A. and L.A.A.   are equally contributed to the preparation of manuscript  and management of patients 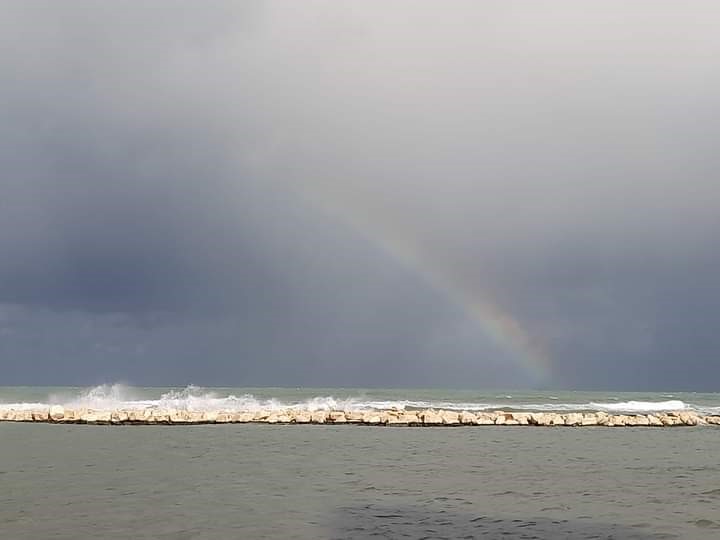