Benefits of early mobilization in patients with deep venous thrombosis: a scope review

Benefits of early mobilization in patients with deep venous thrombosis: a scope review

Objective: Deep venous thrombosis (DVT) is a blood flow obstruction caused by the formation of a thrombus in deep system veins, with higher prevalence in lower limbs. Bed restriction has been indicated in patients with DVT in order to avoid pulmonary embolism caused by displacement of the thrombus. However, immobility has recently been considered a risk factor for DVT, not only due to blood flow stasis, but also by secondary complications as muscle atrophy and weakness. Objective was to review the possible benefits of early mobilization in patients with DVT in the intensive care unit.

Methods: A scope review of literature was conducted. The following keywords were used: deep venous thrombosis, early mobilization and physical therapy. The search was made on Pubmed and Scielo databases. Results: 20 studies were found and 7 articles were included in the review using the exclusion criteria.

Conclusion: Early mobilization association with anticoagulation and compression was described as essential in the treatment of DVT, reducing deleterious effects of immobility, pain, edema, and promoting quality of life improvement.

Virchow’s triad outlines the three major groups of variables believed to cause thrombosis:  alterations in blood flow, vascular endothelial injury, and changes in the constituents of the blood. Deep venous thrombosis (DVT) is a medical condition caused by clot formation and occurs with greater frequency in the lower limbs (1-4).

DVT affects about 3 to 11% of the global population. There is an annual incidence of about  0.1% per year (5). According to Coon et al. (6), in the United States, 123,000 cases are prevalent per  year. Despite women being 1.6 times more likely to be assessed with suspicion of DVT, the cases’ frequency is not gender related. Another important aspect to consider is the mortality rate for venous thromboembolism (a DVT acute complication) which is near to 10.6% in 30 days and  23% in one year. Despite that, immediate diagnosis and treatment reduces mortality treatment (5-8).   The cornerstone of DVT treatment is anticoagulants. The treatment prevents the extension and recurrence of the event. Nevertheless, in the presence of anticoagulant contraindications, a doctor can prescribe other treatments, such as surgical placement of a vena cava filter or the use of  lower limbs mechanical compression.

Additionally, as a routine, patients with acute DVT must  stay in bed to avoid pulmonary embolism, which could be caused by a thrombus displacement.

Notably, immobility is discussed in DVT’s scenario because of known impairments like atrophy and muscle weakness. These outcomes could lead to worsening the patient’s condition and the blood flow stasis, which could induce other secondary complications, namely edema or the  formation of a new thrombus. The functional decline, which is the result of complications of  immobility in the intensive care unit, may negatively affect the quality of life, increase hospital  costs, and impair survival after discharge (9-12).

Thus, the objective of the present study is to review the benefits of early mobilization in patients with DVT in the intensive care unit.

The initial search was made for titles and abstracts. After exclusion of  duplicated studies, abstracts were read and those that did not fit the matter of this work were  also excluded. The remaining studies were included in the review. The data extracted from the  articles were author, year and country of the publication, sample profile, intervention, and main  outcomes.

The Figure 1 shows the study flowchart. A total of 20 articles were identified in the initial  search, from those, 6 duplicates were removed, and 5 were excluded after title and abstract  reading due to the absence of association with the study topic. The remaining nine were read in  full text for screening for eligibility, two of them were excluded for the absence of association  with the study topic, remaining seven studies that were included in the study. The Table 1  shows the studies that were included, according to the inclusion criteria. 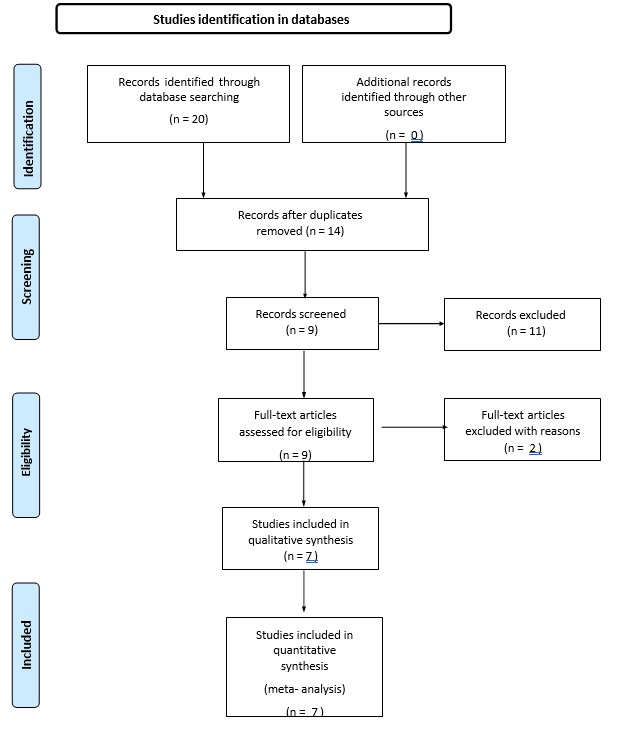 Figure 1. Identification of studies in databases

In the study conducted by Schellong et al. (13), the inclusion criteria were symptomatic  proximal DVT confirmed by ultrasound if there was lack of compressibility of one or more  segments of the deep veins from the popliteal vein to the iliac vein. The objective was to answer  whether bed rest in acute DVT reduces the incidence of pulmonary embolism compared with  standard treatment with anticoagulation alone. The result showed that prescribing bed rest  associated with anticoagulation for the treatment of DVT does not reduce the incidence of  pulmonary embolism.

In a randomized study conducted by Aschwanden et al. (25), in which patients with ultrasound  confirmed DVT and anticoagulated, hospitalized for > 4 days were randomized to a bed  restricted (n=60) and ambulatory (n=69) group in order to compare the frequency of new PE in  patients with DVT restricted to bed for 4 days and patients who walked during the same period.  Patients who ambulated had a 1.4 times greater risk of developing new PE than those on bed  rest.

Romera-Villegas et al. (24) conducted a randomized clinical trial with DVT patients comparing two  groups: patients restricted to bed for 5 days and patients who walked 2-3 hours a day to  determine whether early mobilization increases the incidence of PE. Patients who walked had a  38% higher risk of developing PE than patients confined to bed.   Qualitative study, conducted by Gong et al. (22), carried out through standardized interviews with  patients with acute DVT hospitalized with absolute restriction in bed, in order to understand  the meaning and experience of the participants in this situation, the feeling, perception and reaction of each one. From the interviews, the following results were  found: bed rest for patients with acute DVT is a physical, emotional and socially distressing  phenomenon that simultaneously affects quality of life. Bed rest is believed not to be beneficial  for the physical and mental health of patients with acute DVT.

Considering early mobilization as part of the treatment for patients diagnosed with DVT is still  a controversial topic. Health professionals should consider the risk of a PE when they are deciding to mobilize or maintain a patient confined to bed. Bed rest as an   additional treatment for DVT does not reduce the incidence of PE, which can be confirmed by  pulmonary scintigraphy. This exam evidence that immobility could be an inadequate strategy  because of health costs, discomfort to the patient, and the possibility of the formation of a new  thrombus, especially in elderly convalescents. It is known that the risk of PE increases in  patients when they are early mobilized. However, this procedure may be safe if the patient is  being treated with anticoagulation and compression of the affected limb (13).

Trujillo-Santos et al. (14) demonstrated that bed rest does not decrease the risk of PE in  patients with acute lower limb DVT, which could also be proven in patients with acute PE.  According to these researchers, more studies need to be conducted to assess the statistical  equivalence of the frequency of PE with ambulation and temporary immobilization.   Partsch (15) showed that walking with a compressed limb has better results, which were  confirmed by pulmonary scintigraphy. It did not show an increased risk for PE; there was a fast and intense reduction in pain and edema.

Early walking associated with compression reduces thrombus formation, positively impacts the development of post- thrombotic syndrome, and leads to an improvement in quality of life (14, 15).

Aissaoui et al. (16) oversaw a study comparing bed rest and the relation between early  ambulation in DVT and pulmonary embolism. The study did not find an association with a  higher risk of DVT progression, new PE, or death in patients who were  mobilized early on. Studies have shown that there is no evidence suggesting that walking  for patients with DVT increases the risk of developing PE, once they receive  anticoagulation therapy, even if they are out of the hospital (16-18).

Christakou & Zakynthinos (11) suggested that mobilization and compression of the limb  affected by DVT should be associated with anticoagulants treatment, thus resulting in muscle effort  reduction, pain and edema depletion, and other benefits. They concluded that early walking  does not increase the risk of a new DVT event, progression of existing DVT, or PE. Nonetheless, more studies need to be implemented in a broader heterogeneous  sample of hospitalized patients to confirm the beneficial effects of mobilization on DVT, PE,  and post-thrombotic syndrome (PTS) (11).      Liu et al. (18) also compared bed rest with early ambulation in DVT patients. After the use  of anticoagulants, there was no association related to a higher incidence of PE, DVT progression, or DVT-related deaths. Thus, early mobilization was associated  with acute symptom improvement. Further studies are required to confirm the benefit of edema   reduction, PTS incidence, and the extent of recanalization of thrombotic veins18.      Bauer & Lip (10) affirmed that mobilization should begin once the therapeutic level of  anticoagulant is reached or after an acceptable period of its administration in DVT cases. Even  though mobilizing can present risks, immobilization is more dangerous.

Junger et al. (23)  proved that if therapy with anticoagulants and adequate compression were being done, there is  no justification for a 5-day absolute rest indication. This review already discussed the data that  corroborate the aforementioned results. However, it remains to be seen in new studies how  beneficial immobilization can be, and when it would be the best time to mobilize patients with  initial signs of PE (10-23).

According to Izcovic et al. (20), early walking is constructive reducing pain in the affected  limb, the progression of DVT, and it does not increase the risk of thromboembolism. Chatsis and Visintini (21) performed another study in Canada comparing bed rest to early  mobilization in the DVT of the lower limbs and reached the same conclusion as the previous  author mentioned. They realized that the latter does not increase the risk of PE and does not lead to DVT progression. They also stated that mobilization could be  beneficial in reducing pain and swelling. Moreover, they also concluded that more studies  should be run on a larger scale or with a higher number of patients (20, 21).      Additionally, Gong et al. (22) showed that bed rest affects the quality of life of patients with  DVT because it is a physical, emotional, and socially distressing phenomenon, thus not being  beneficial for the physical and mental aspects of these individuals. Furthermore, these  researchers also believe that more quantitative studies are needed to compare the life quality  and psychosocial status of acute DVT patients treated with or without bed rest as part of their  recovery plan (22).   Romera-Villegas et al. (24), Aschwanden et al. (25), and Partsch & Blättler (26)  established in their studies that patients who walked had a higher risk of developing new PE  than those who were resting in bed. Aschwanden et al. (25) affirm that more studies need to be  conducted to assess the statistical equivalency of the frequency of PE in relation to ambulation  and temporary immobilization. These authors prove that each case must be individually  evaluated in order to assess the risks and benefits of mobilization in DVT (24-26).

The small number of studies used in the review is a limitation of this study. It could be caused  by the number of keywords used on the search, a total of three.

The studies included in this review shows that the dogma of keeping patients immobile in bed  for several days as part of the treatment DVT is losing its relevance. The benefits of early  mobilization associated with anticoagulation and compression in the treatment of DVT,  improves the deleterious effects of immobility, reducing pain, edema and increasing quality of  life. However, the mobilization strategy should be discussed individually, aiming patient’s  safety before mobilization prescription, suggesting that other works exploring mobilization and  exercise strategies specifically for DVT patients. Further, more studies are needed in order to  evaluate when start the mobilization of patients with previous PE.