``What is essential is invisible to the eyes``

Mitral stenosis (MS) describes a valvular condition in which the mitral valve orifice is narrowed, and the mitral valve area is reduced. Although antibiotic therapy has dramatically reduced the incidence of MS in developed countries, it is still a major cause of cardiovascular mortality and morbidity (1). Indeed, acute rheumatic fever (RF), a post-hemolytic streptococcal infection widespread in undeveloped countries, is the leading cause of MS (2). The status of left ventricular (LV) function in mitral stenosis has been studied extensively. MS affects LV function at va            rious degrees and through a variety of mechanisms, including chronic inflammation, valvular tethering, abnormal interventricular interdependence, and chronically decreased chamber loading, which can lead to pulmonary hypertension (3). LV function can be assessed using LV ejection fraction (EF), but this led to controversial results. Although EF is preserved in the majority of patients with pure MS (3), a subclinical LV dysfunction could be present (4, 5). Nevertheless, the etiology and prevalence of LV dysfunction are still debated, with studies reporting estimates ranging from 21%  to 77% (6, 7).

In addition to EF, other echocardiographic parameters can be used to assess LV dysfunction, such as mitral annular plane systolic excursion (MAPSE) and myocardial performance index (MPI). MPI is defined as the sum of isovolumetric contraction time (IVCT) and isovolumetric relaxation time (IVRT) divided by ejection time (ET), and it is now considered a valid parameter of ventricular function, with lower MPI representing better systolic function (8). With the development of new technologies, such as tissue Doppler imaging (TDI), new parameters for the evaluation of LV function are emerging, showing consistent alterations in MS (4, 9). Parameters worth mentioning are: mitral annular systolic velocity (MASV) and mitral annular velocity during early diastole (E’) (10).  MS is a mechanical disease; therefore, once symptoms appear and obstruction becomes significant, percutaneous mitral balloon valvuloplasty (PBMV) or surgery could provide symptom relief and improve survival (11).  After PBMV, most of the aforementioned parameters change, confirming the existence of LV dysfunction in MS. (7, 12).

In the current issue of the Journal, Singh and colleagues (6) aim to evaluate the effect of PBMV on LV function using the previously mentioned echocardiographic parameters, and to determine predictors of LV function after PBMV. Specifically, the investigators selected a sample of 52 patients in a tertiary care centre in India, including 11 patients with atrial fibrillation (AF), all with preserved EF. EF was assessed with modified Simpson's method, MAPSE, MASV, E' and MPI.

Measurements were performed just before PBMV, within 24 hours after PBMV, at 3 months and 1 year, all by a single observer to reduce interoperator variability. In patients with AF for each parameter was considered a mean of five consecutive cardiac cycles.

The authors showed a significant improvement in MASV, E', and MPI already within 24 hours after the procedure, whereas LVEF and MAPSE did not show statistically significant changes, consistent with other studies (7). One explanation for this finding may be related to the normal mitral annulus excursion present in patients with preserved EF.  However, since PBMV increases the velocity of excursion, it can still produce an improvement in E' and MPI (7, 8). Furthermore, Singh et al. explored the possibility of using MPI as a predictor of LV function after PBMV. Thus, they plotted the receiver operating characteristic (ROC) curve for MPI obtaining 81% sensitivity and 58.1% specificity, setting the cut-off of baseline MPI ≤ 0.48 (as predictive of improved LV function after PBMV). These results seem promising, but there are some critical aspects. 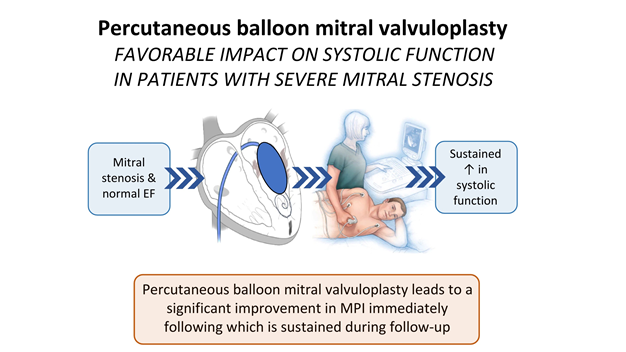 Figure 1. The effects of PBMV on ventricular function in patients with severe rheumatic mitral stenosis

Firstly, as Rajesh et al. (7) reported, MPI had the highest intra-observer variability among the considered parameters. This statement is supported by Arat et al. (5) who observed a variability of 3.6±2.7%. In light of these reasons and in recognition of MPI's key role in the study, multiple measurements should be performed to account for the variability. Secondly, it is essential to note that MPI findings are in contrast with similar studies, which report MPI changes only at the 3-month follow-up (7) or no MPI changes at all (5).

A possible explanation for this controversy might be the difference in the study populations. When compared to Singh's population, Rajesh's one had worse LV function (considering E'), which might explain why MPI changes only occurred at the 3-month follow-up. Nevertheless, both Singh et al. and Rajesh et al. included patients with AF.

Conversely, Arat et al. (5), which set AF as an exclusion criterion, found no significant improvement in MPI. This is coherent with the observation by Rajesh et al. (7) who reported that baseline MPI was significantly higher in AF patients (0.64(0.12) vs 0.55(0.11), p=0.04) and, after PBMV, AF patients had greater improvement compared to those in sinus rhythm (p=0.006). In light of this evidence, we suggest that AF might be a confounding factor in the evaluation of MPI changes before and after PBMV.

The validity of MPI as a predictor might have been stronger if the data of the two groups (non-AF and AF patients) had been analyzed separately, and MPI still proved to have a significant correlation with the outcome of PBMV in both groups. An effective and easily calculated indicator of LV dysfunction is needed, especially considering that NYHA class and Wilkins echocardiographic score did not correlate with the state of LV function (7). MPI is promising as an indicator, and the present study opened the path to its application even as a predictor of LV function after the procedure. We strongly support the aim of the study and hope to raise awareness of the need for more extensive studies on this topic. Additionally, other parameters could be considered, such as strain and strain rate, which proved to be useful in the assessment of regional and global ventricular function (13).

Several studies have examined these parameters in MS (14) and analyzed how they changed following PBMV (15, 16). The lack of investigation of the PBMV effects by strain and strain rate imaging was acknowledged as a limitation by the authors themselves.  Multiple studies have already suggested to perform early PBMV in patients with confirmed subclinical LV dysfunction, even if they are still asymptomatic (7, 15). Indeed, an inverse correlation was noted between baseline MPI and the magnitude of change in MPI after PBMV, implicating that intervening before significant worsening of LV function may produce better long-term outcomes (7).

In conclusion, we envision that if MPI proves to be a good predictor, it might even change the indications for PBMV, providing a powerful instrument to assess the best timing for intervention.

Conflicts of interest: Giuseppe Biondi-Zoccai has consulted for Cardionovum, CrannMedical, Innovheart, Meditrial, Opsens Medical, Replycare, Teleflex, and Terumo - that is not a source of conflict of interest and bias for current article. All other authors report no conflict of interest.